If you haven’t already voted for A Legendary Event to become 2010 Spotlight Award Catering Company of the Year, you only have three days left!!! To vote, click on the black box above and enter your e-mail address. It only takes a few minutes and we would be honored to have your support. The voting deadline is on January 31st at midnight. Happy Voting! 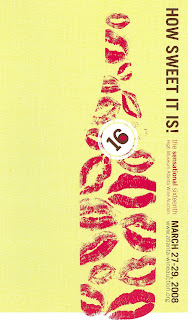