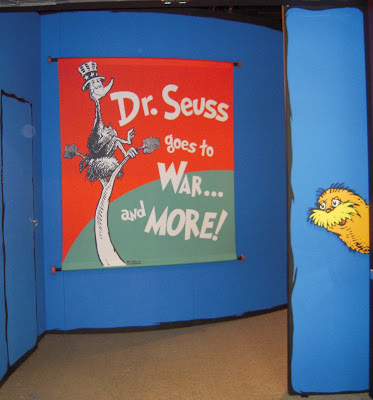 We did the cutest event this weekend for the William Breman Jewish Heritage & Holocaust Museum in Midtown Atlanta. They have a new exhibit called “Dr. Seuss Goes to War….and more!” featuring some of Theodor Seuss Geisel (Dr. Seuss) original works that he did while he was the chief editorial cartoonist for the New York newspaper PM from 1941-1943. 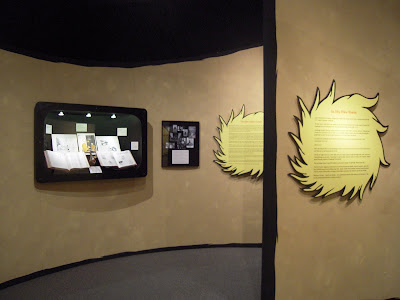 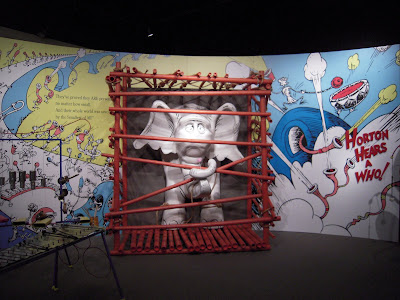 The beginning of the exhibit (the first photo above) has more adult friendly historical facts and original material from two private collectors, together with material on loan from the Holocaust Museum in Houston. The end of the exhibit (the second photo above) has a ton of kid friendly, interactive activities that feature more of his current work. If you have kids, please take them to this interactive exhibit. I promise they will love it!! 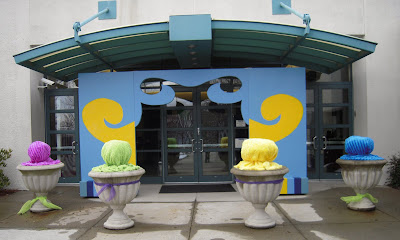 The opening Gala featured a dramatic entrance with a large Seussian inspired arch and tuffula inspired trees in the existing planters. 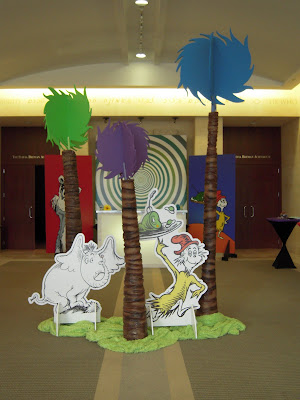 Three truffla trees were at the center of the room as you entered the foyer. Our colorful painted bullseye panels were flanked by large Dr. Seuss graphics. All these elements made a dramatic tranformation to the room. Overall, the opening gala was a huge success with a little over 350 attendees.